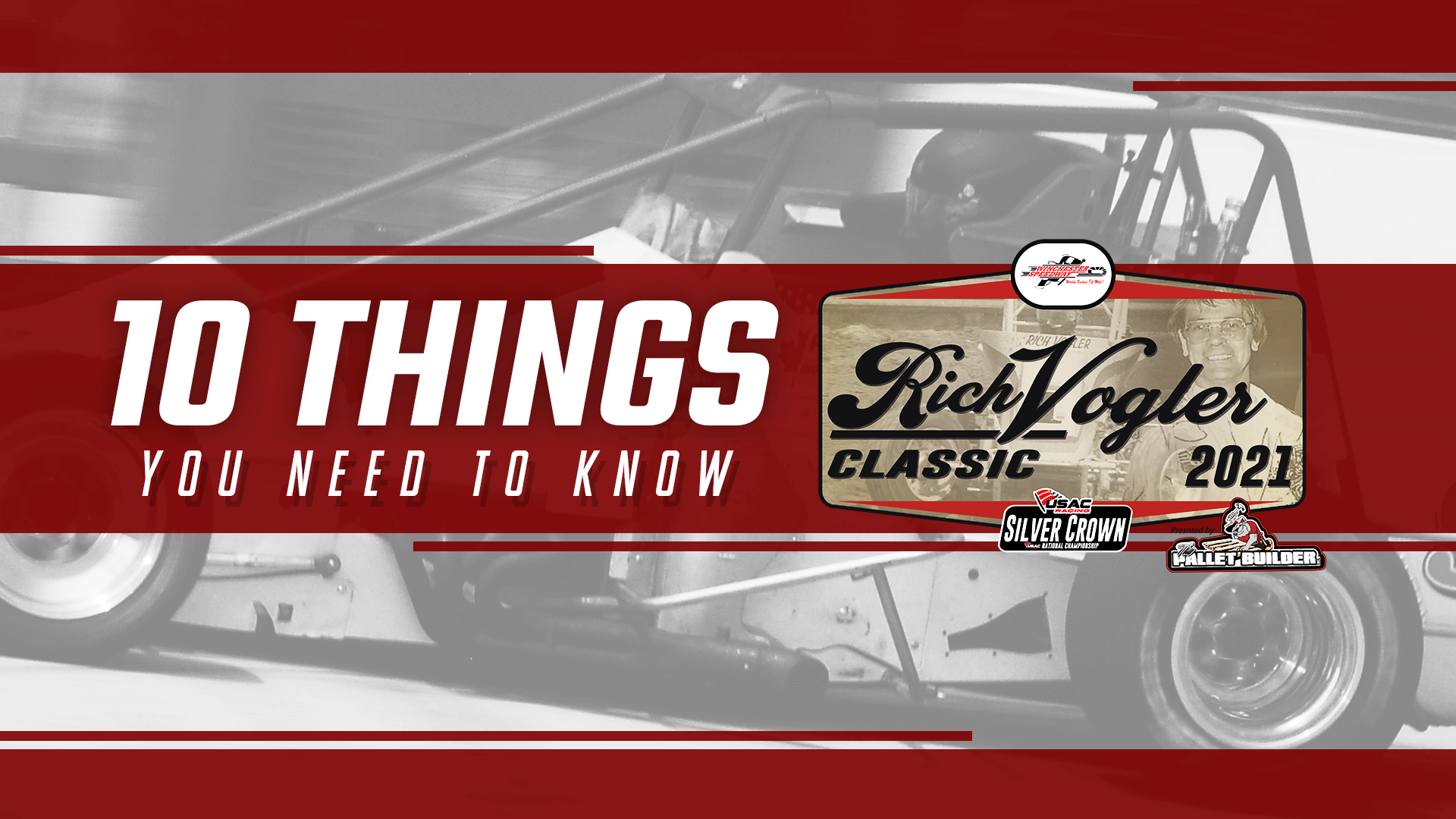 10 Things You Need to Know: Rich Vogler Classic on May 9

The start of the 2021 season at Winchester Speedway is quickly approaching.  The Rich Vogler Classic, featuring the debut of the USAC Silver Crown Champ Car Series at the legendary highbanks is on Sunday, May 9.

The following are 10 Things You Need to Know heading into the event:

1. This will be the USAC Silver Crown’s inaugural race held at Winchester Speedway.  The World’s Fastest Half Mile will be the 50th track the series has competed at.

3.  The Rich Vogler Classic kicks off the most ambitious season schedule at Winchester in several years, with seven total events on the calendar for 2021.  A variety of series and styles of cars will be featured throughout the year, including Sprint Cars, Late Models and the ARCA Menards Series.

4. Rich Vogler has 170 total USAC victories (both National and Regional events), most all-time.  Of those wins, ten of them came at Winchester.

5. The event will be co-promoted by Winchester Speedway and Elite Racing Promotions, led by defending USAC National Sprint Car champion Brady Bacon and his wife Xia Xianna.  Bacon won his first-career USAC Sprint race right here at Winchester back in 2008.

6. The green flag for the Rich Vogler Classic will drop at approximately 3:30 p.m. ET on May 9.  Spectators are able to fill the grandstands for practice, qualifying and plenty of fanfare beginning at 10:00 a.m.

7. Tickets are available online at winchesterspeedway.com/tickets.  Reserved seats go for $30, while General Admission tickets are $20 for adults and $10 for kids 13 and under.

8. Vintage cars will also be on hand that afternoon with Midwest Vintage Racing.  More than 40 cars are expected to be in attendance, showcasing open-wheel rides through the decades.

9. Justin Grant is the defending USAC Silver Crown champion.  He is a two-time winner with the series, both coming on the dirt at Illinois State Fairgrounds and Terre Haute Action Track.

10. USAC’s history at Winchester can be dated all the way back to May 1956 when Elmer George went to victory lane with the USAC Midwest Sprint Car Series.  The first USAC Midget race was held in 1958, won by Don Branson.