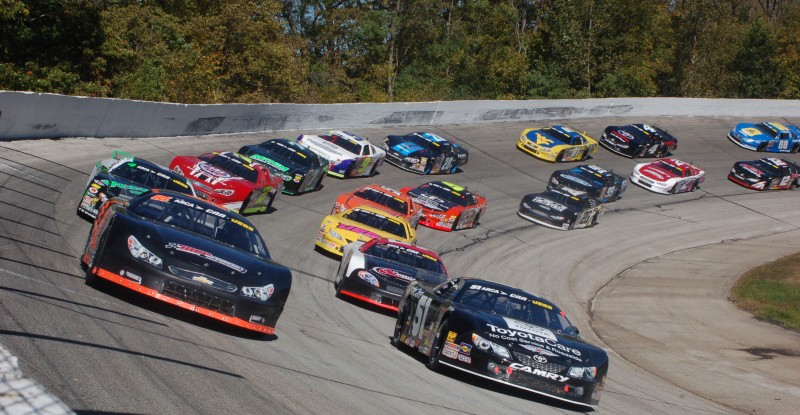 Salem, IN (August 30, 2021) – ARCA/CRA Super Series Powered by JEGS officials have released the entry form for

the 50th Lucas Oil Winchester 400, which takes place on the famous High Banks of Winchester Speedway in

Winchester, Indiana on Sunday, October 17 th . This event is always one of the top short track events in the

country. The past winners since CRA began sanctioning the event include names like Kyle Busch, Chase Elliott,

Winchester Speedway has posted an increased purse for the 50 th event. The first-place payoff posted for the 2021

event has been increased to $25,000. But Winchester Speedway did not stop there, they are putting up a total

celebrating the 50 th Winchester 400. If there are 50 cars that enter and show up to race in the event the winners

Dillner stepping up with the “Get 50, Win 50, In 50th” Promotion. I hope racers from around the country will

come support this great event and show their appreciation for the track putting up this great purse! The 50 th 400

will be one to remember!”

The Winchester 400 is 400 laps counting cautions and is a 12-tire race. The event will once again feature

Controlled Cautions in an effort to save teams the cost of bringing in professional pit crews. When a yellow

comes out teams will have two laps to service their race car without losing laps or positions on pit road. Those

cars will then line up behind the cars that did not pit at that yellow. Teams not getting out of the pits in the two

laps will have to fall to the tail of the field and will risk losing laps. As in the past, teams will only be allowed to

change a max of two tires per yellow.

Anniversary Season Presented by Team Construction. The highest finishing driver in the four Chase for the

Championship drivers will be crowned the 2021 series Champion and receive a $2,500 bonus from Team

The schedule of events for the Winchester 400 has been released starting with an open practice on Thursday,

October 14 th , followed by three straight days of on track action on the High Banks, including the Season

For more information regarding the event, please visit the track’s website at winchesterspeedway.com. You can

rows are reserved tickets only. Tickets for the 50th Lucas Oil Winchester 400 are available at

More information on the ARCA/CRA Super Series and the Winchester 400 entry form can be found at www.cra-