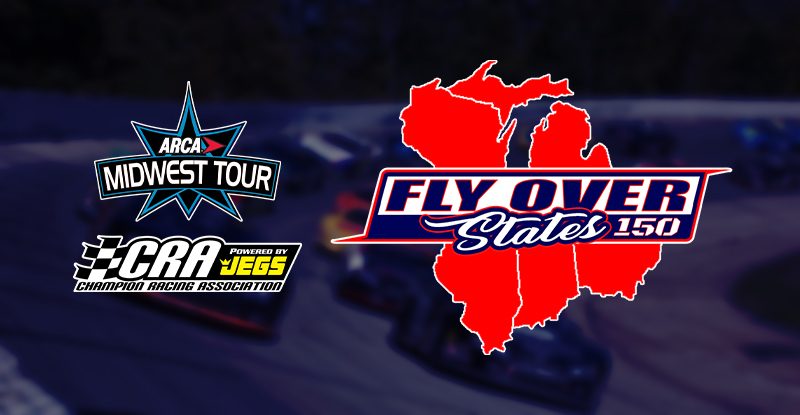 stranger to that. In an effort to further that process, Winchester Speedway is announcing that

the Fly Over States 150 on Tuesday, May 18 is now a co-sanctioned event with the ARCA

“The Midwest Tour is excited to be part of this new event at an iconic Midwestern facility,” said

Gregg McKarns, promoter of the ARCA Midwest Tour. “It’s always fun to see how our stars

event,” said Glenn Luckett, managing partner for the Champion Racing Association. “This will

be a great event for teams to get ready for Labor Day and the Winchester 400.”

The big mid-week show will be a high-dollar, 150-lap Super Late Model race. More details are

expected to be announced in the coming months. The support series and other activities for

the prestigious event will be revealed soon.

“This race was always going to be a CRA event, but I really wanted to get Gregg McKarns and

what he has going with the Midwest Tour as part of this,” said Bob Dillner, promoter of

Winchester Speedway. “Both series and their teams of people are professional and do a great

job, but I believe Gregg, like his father, is an innovative promoter and his series is one of the

Racing and we are proud to have them at Winchester Speedway.”

Announcements for monetary and other incentives for both series will be announced soon.

Super Series. The event will be conducted per CRA rules.

Details on all the events at Winchester will be made on an individual basis. Also, expect the

entire schedule for Winchester Speedway in 2021, which will feature the return of USAC and its

first appearance for the Silver Crown Series, to be released soon.