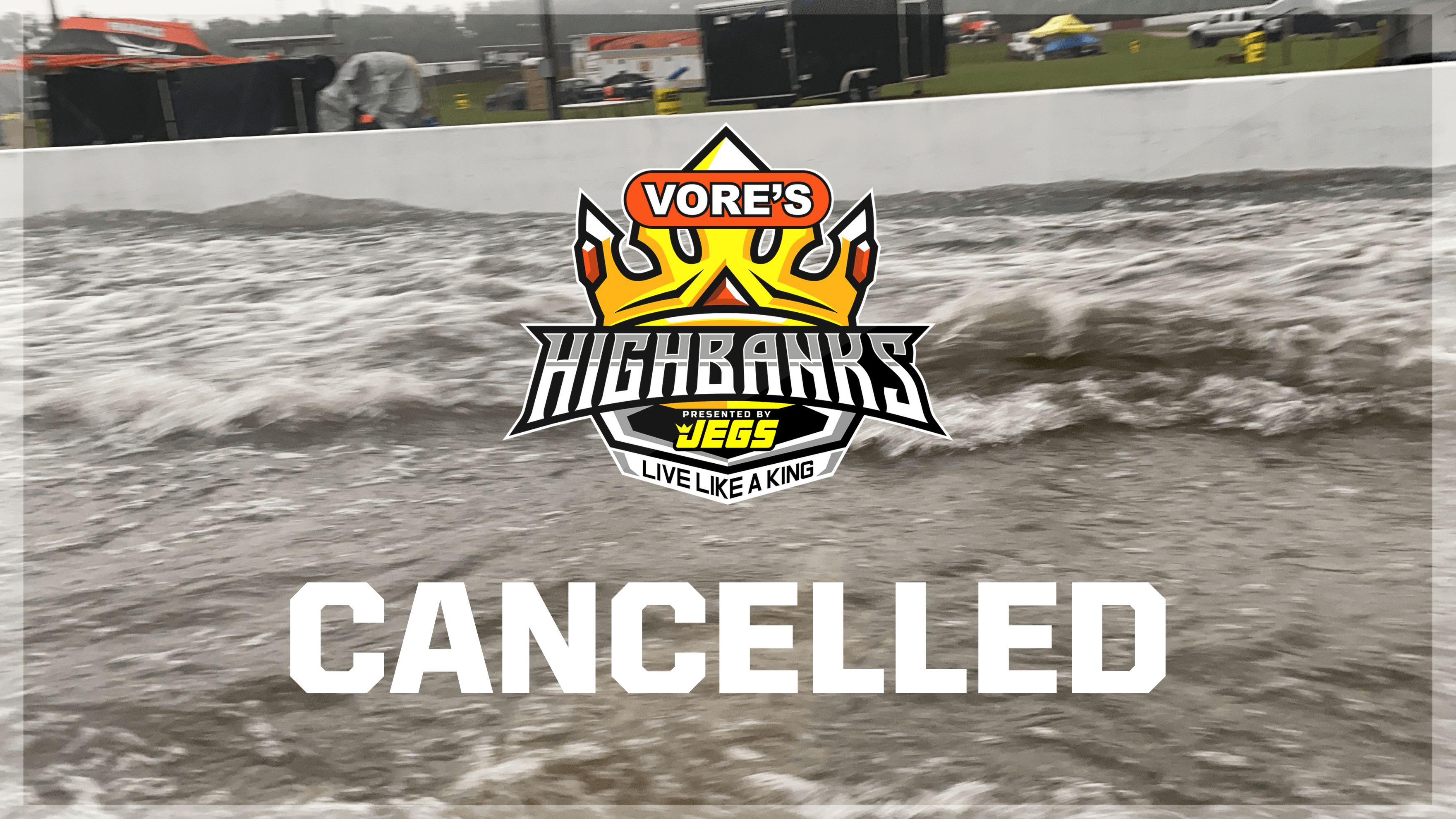 Due to heavy rainfall throughout Central Eastern Indiana on Saturday and what is predicted throughout early morning hours, the King of the Highbanks event at Winchester Speedway has been cancelled.

Refunds will be given to all who pre-purchased tickets or camping for the King of the Highbanks / Fly Over States 150.  Please email info@winchesterspeedway.com to engage with that process.

“This is so disappointing.  With the amount of water the grounds took it has created unsafe conditions for all the teams.  Plus, with all the rain still coming overnight and the nature of how the track is set up, it would compound the problems even more,” said Bob Dillner, Promoter of Winchester Speedway.  “We were excited for the Vore’s Compact Touring Series and all the CRA (Champion Racing Association) divisions that were going to be on hand.  We appreciate their support; we love our fans and we look forward to a great Lucas Oil Winchester 400 weekend in October.”

There was a scheduled rain date of Monday for the event, September 6th, but several factors led to this decision.  The following is a combined statement from the Champion Racing Association. Vore’s Compact Touring Series and one of the event’s sponsors, Vore’s Welding and Steel.

“The extensive flooding of the grounds and the accompanying issues have jeopardized the ability to race on Sunday, and Monday as well.  We have been in communication with a number of race teams, relayed these details, and overwhelmingly teams have said if there’s a chance that we won’t get to race on Monday, let’s call it tonight and come back 400 weekend.  It’s a tough situation for everyone involved, and no one wants to make it worse by taking the chance that we might not get to race.  We are all working to support the best interest of the racers, and support the decision by the race track.”

Vore’s Welding and Steel will continue their sponsorship at the 50th Lucas Oil Winchester 400 weekend by bringing the King of The Highbanks event for the Vore’s Compact Touring Series to that Friday night.  An increased purse for the VCTS event will be announced soon.

Teams currently parked on pit road, that are not in a flooded area, can get their equipment at 8:00am on Sunday.  Teams that are in areas that contain water and/or are in the infield of turns one and two will be able to get their equipment after it stops raining and track officials deem the area safe.

The next event at Winchester Speedway will be the 50th Lucas Oil Winchester 400 on October 15-17.  Tickets are available at winchesterspeedway.com/tickets/