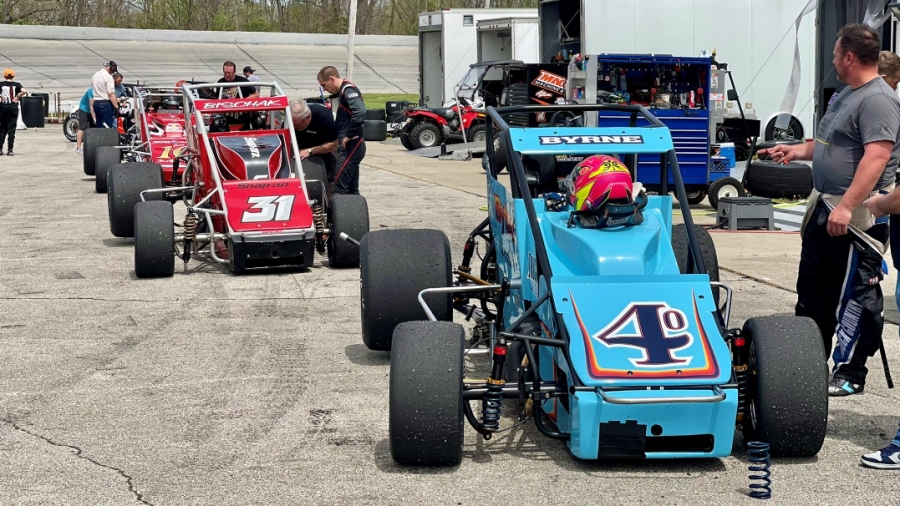 Winchester, Indiana (May 2, 2021)………Justin Grant set the quickest time in Sunday afternoon’s open practice for the USAC Silver Crown National Championship at Indiana’s Winchester Speedway in preparation for the debut of the big cars on the half-mile paved oval on Sunday afternoon, May 9.

Grant (Ione, Calif.) was one of 12 cars that took an official time during Sunday’s practice.  A field of 22 cars and drivers are expected to compete in the Rich Vogler Classic the following week, and Grant, the defending series champion has already turned heads with his blistering time of 14.997 seconds, translating to an average speed of 120.024 mph.

Shane Cottle did not participate in practice but will be the pilot of the Curtis Williams-owned No. 81 for race day after Lower, the four-time Sprints on Dirt champ and former track record holder at Winchester, was in the seat for practice.

On race day, the pits open at 9am ET with the drivers meeting set for 10am, practice at 11am, Fatheadz Qualifying at 1pm, a driver’s autograph session at 2pm, opening ceremonies at 3pm and the 100-lap main event at 3:30pm.

The race will be shown LIVE on FloRacing at https://bit.ly/3frPoW6.