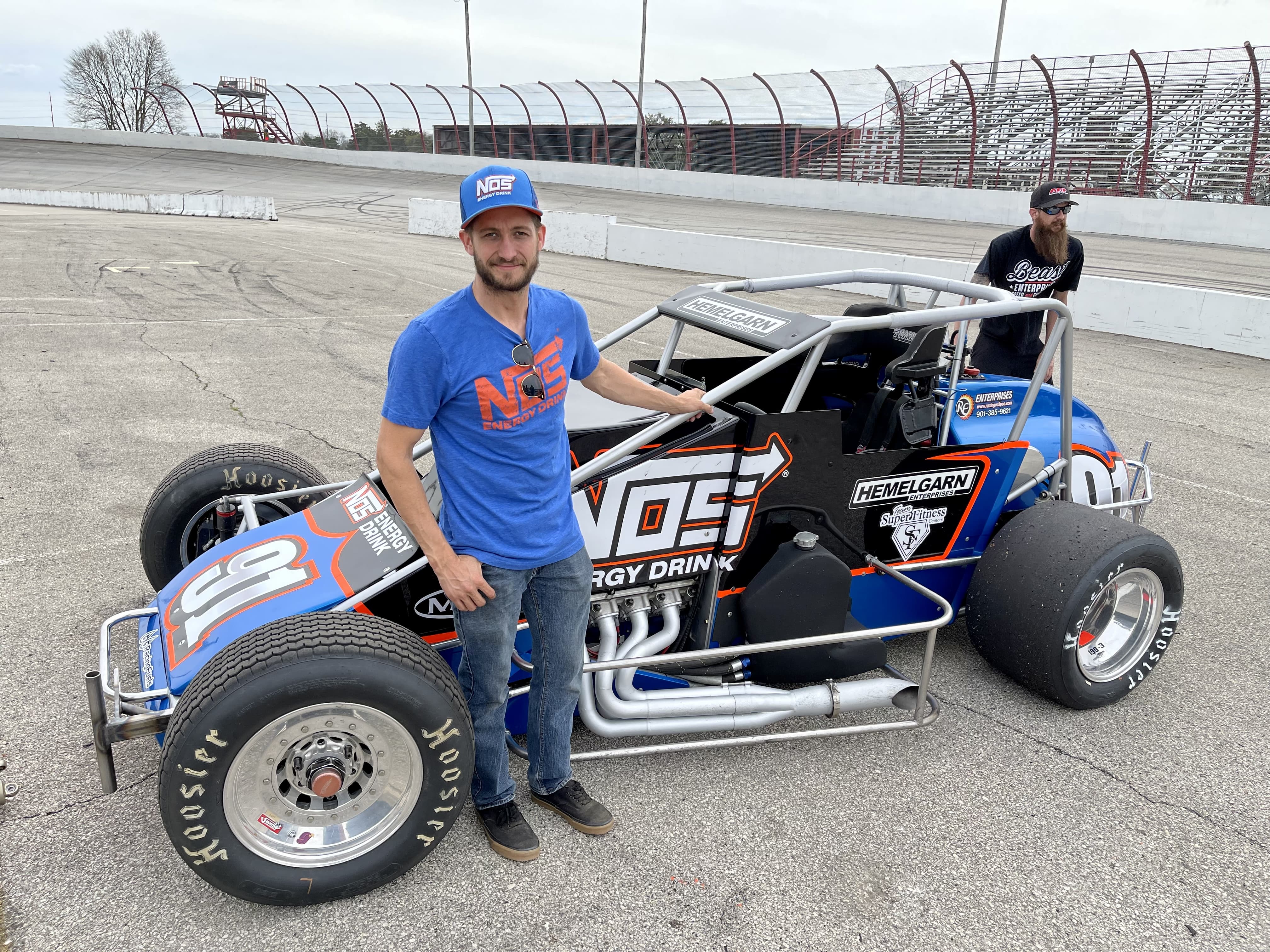 The open-wheel star Justin Grant topped the charts in this past Sunday’s open test.  In fact, he was the only driver to top 120MPH during the day.

It was the first time he had taken to the 30-plus degree high banks.  At the end of the afternoon, one word kept popping up that described what driving around Winchester is all about.

“It’s pretty exciting.  It’s fast, you’re ripping around there pretty good,” Grant said.  “I about plugged it into the fence in three and four a couple times, but it’s fun and exciting.”

Although Grant has two career wins with the series, both have come on the dirt.  He will go after his first pavement Silver Crown win on Sunday afternoon.  After participating in the open test, he gave his idea on what it will take to win the Rich Vogler Classic.

“When I walked in here today, I thought that it looked pretty fast.  I was here once to watch pavement Sprint Cars and Tracy Hines won; he was riding on the wall.  You know when you come to these fast high-banked race tracks that it’s going to be a pretty serious day.  You have to pay attention and you have to do your job well.  We were good today and and we had a lot of fun and we’re looking forward to the race,” explained Grant.

“With these things, not killing the tires or anything, you can run about as hard as you want and you could probably get carried away and cook the tires right off of it.  You have to manage that and really you just have to stay out of trouble.  There’s going to be a pretty good closing rate; there’s going to be a lot of cars I can imagine.”

With well over 20 cars entered for Winchester’s first Silver Crown event of 2021, Grant expects a great show to be put on for the fans in attendance Sunday afternoon.

“I think fans are going to see a great race.  I think with the banking, especially in three and four where it’s pretty smooth, I think you’ll be able to bomb it under a guy.  I think it’s going to open up two lanes, it seems like one and two has a couple different options with how to get through there.”

The 2021 version of the Rich Vogler Classic will celebrate open wheel racing’s rich history at the “World’s Fastest Half Mile” while paying homage to the legendary life and career of one of motorsport’s greatest talents, the late Rich Vogler.  The afternoon 100-lap main event will showcase the beauty and blazing speed of the renowned Silver Crown machines while testing the bravery and skill of some of the world’s best drivers upon the fabled high banks of Winchester.

Sunday’s event marks USAC’s first trip to Winchester since 2011, when the Sprint Cars came to town for the Rich Vogler Classic.  It will also serve as the season opener for the USAC Silver Crown Champ Car Series.

Joining the USAC Silver Crown Sunday afternoon will be the Midwest Old Timers Vintage Racing Club, featuring upwards of 40 vintage open-wheel cars.  Fans will be able to witness the progression of the open-wheel machines through the decades.

Tickets for the Rich Vogler Classic are available online at winchesterspeedway.com/tickets.