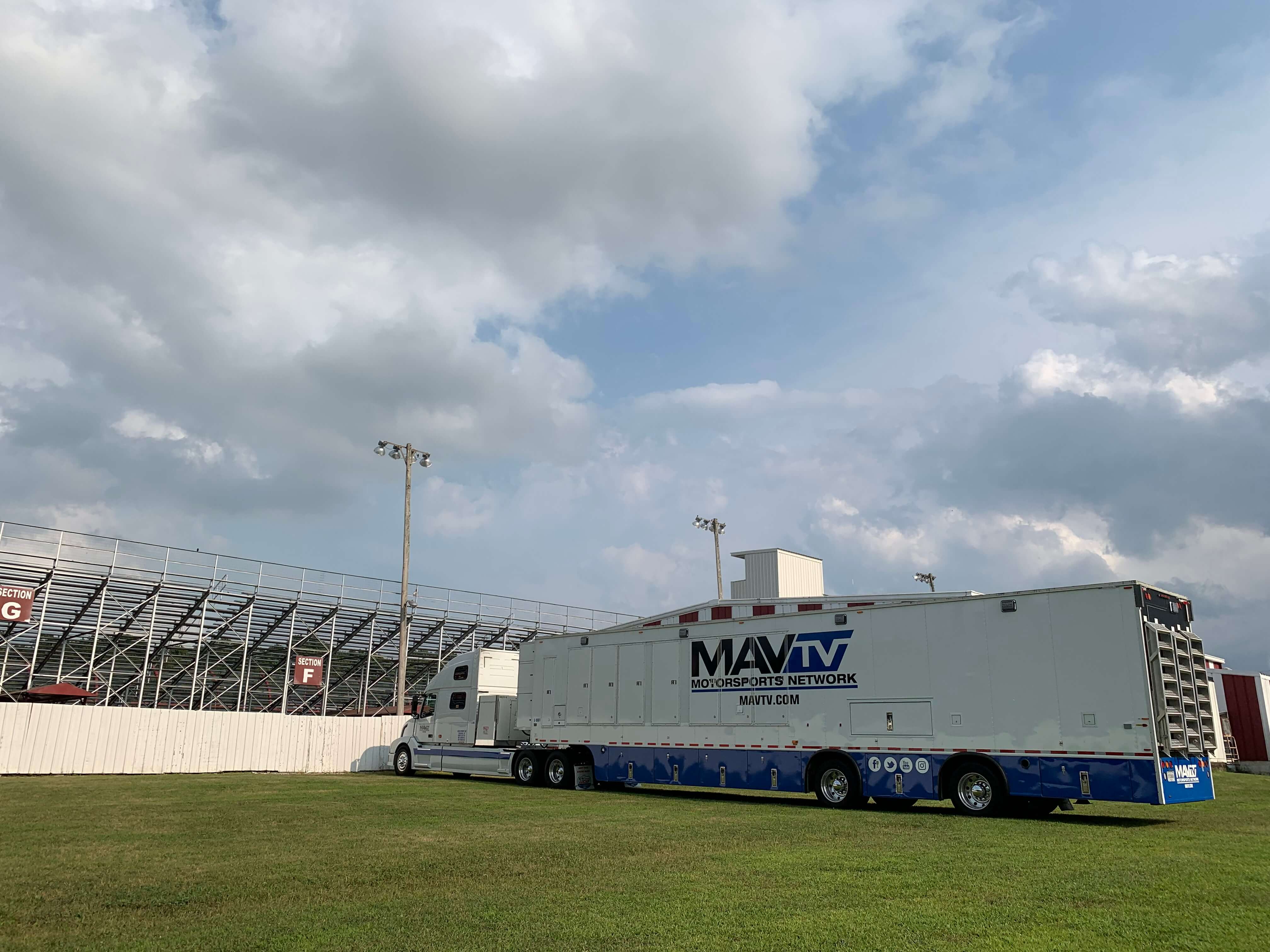 (September 27, 2021 - Winchester, Indiana) - The 50th Lucas Oil Winchester 400 weekend was already a monumental event with the golden running of this Super Late Model event, but now it’s even bigger.  Speedway officials have announced today that this crown jewel event will be broadcasted live on the MAVTV Motorsport Network on Sunday, October 17, 2021.

The live linear television coverage for the Winchester 400 will be a first in the 50 year history of the event.  It will also mark the first time a Super Late Model race will be live on national television in 20 years.  Short Track Racing historians have pointed to the 2001 All American 400 at the Nashville Fairgrounds as the last time a Super Late Model race has been on live national television.

“We are beyond excited for this opportunity with MAVTV.  I’ve been such a big fan of Super Late Model racing for a long time and live television is such an important part of making this style of racing flourish for years to come,” said Bob Dillner, Promoter of Winchester Speedway.  “Lucas Oil stepped up to become the title sponsor of the event earlier this year and a couple weeks ago inquired about the broadcast.  We did not have a partner and they jumped at the opportunity.  We couldn’t be more proud to have the Lucas Oil Winchester 400  shown to a live national television audience.”

Once again, the Lucas Oil Winchester 400 race will be sanctioned by the ARCA / CRA Super Series.

The entire Winchester 400 weekend will also be shown live on MAVTV Plus.  Friday’s schedule will begin with pre-race ceremonies at 6pm ET and will be followed by the JEGS / CRA All-Stars Tour Pro Late Model event and the Vores Compact Touring Series “Compact Kingdom” race.  Saturday’s broadcast on MAVTV Plus will include qualifying for the Lucas Oil Winchester 400 Super Late Model event, as well as the Midwest Modifieds Tour “Run for the Gun” 50-lap race and CRA Street Stocks and Sportsman feature events.

On Sunday, the live broadcast on MAVTV is scheduled to begin at 2pm ET for the Lucas Oil Winchester 400.

Be part of history at the 50th Lucas Oil Winchester 400.  Seats are still available for the weekend, but are going fast.  To purchase now, please visit winchesterspeedway.com/tickets.