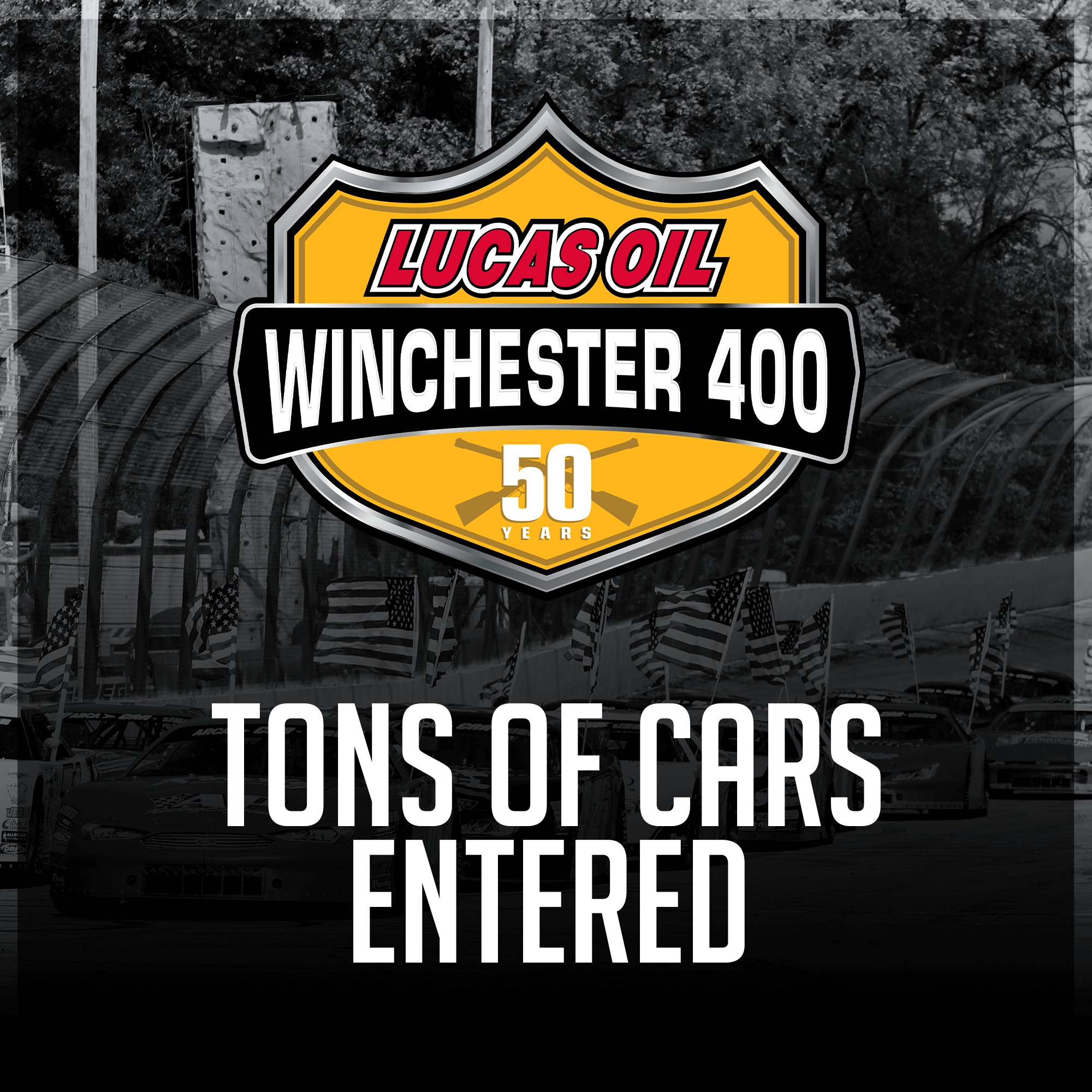 Six total divisions will be on hand for the traditional fall crown jewel event at Winchester Speedway with more entries being received every day.

The Vores Compact Touring Series leads the number of entries for a single division with 50 total for the “Compact Kingdom” presented by Vores Welding and Steel event on Friday, October 15.

The Run for the Gun presented by Protect the Harvest is approaching 40 open-wheel machines for the Midwest Modifieds Tour on Saturday, October 16.

The granddaddy of them all, the 50th Lucas Oil Winchester 400 on Sunday, October 17 has nearly 30 Super Late Models on the entry list for the golden running of the event with more expected in the coming days from the Champion Racing Association.  The event pays a guaranteed $25,000 to win and $1,500 to start the 400 lap race.

“We are so excited to have all the entered drivers and teams be part of history at the 50th Lucas Oil Winchester 400 Weekend presented by JEGS,” said Bob Dillner, Promoter of Winchester Speedway.  “This is a tradition that spans 50 years in the month of October in Randolph County, Indiana.  It’s a big deal for our area and for motorsports in general.

“Dan Redmond and everyone with the Vores Compact Touring Series, as well as Brian Nester and Bud Gray of the Midwest Modifieds Tour have done an exceptional job at bringing a great field of cars,” added Dillner.  “The Super Late Model field is filled with talent and a good amount of cars.  Of course, with what we are paying we hoped it would attract more, but with the lack of parts and some drivers who are just flat out too scared to run Winchester, it kept some people from entering.  We are going to have a top-notch event for all the fans in attendance and in front of a live national television audience on MAVTV on race day Sunday.”

The Winchester 400 field currently includes some of Super Late Model racing’s biggest names and some of the sport’s top rising stars.  Former race winners Carson Hocevar and Stephen Nasse are in search of a second Winchester rifle.  Past race polesitters Cayden Lapcevich, Rick Turner, Chandler Smith and Brandon Oakley now look to end the race on top of the board this year.

The Vore’s Compact Touring Series is expecting a huge turnout for “Compact Kingdom” on Friday night.  It is the championship race for the VCTS and one of their highest-paying shows of the season.

The Midwest Modifieds Tour ‘Run For The Gun” entry list shows why it has become one of the biggest Modified shows in the country. A stellar field of Modifieds will be gunning for the $5,000 to win race on Saturday, including past race winners, former series champions and five-time USAC Silver Crown champion Kody Swanson.

Track rentals are now being booked for the Lucas Oil Winchester 400 weekend.  Email claire@winchesterspeedway.com for more information and to plan your track time.