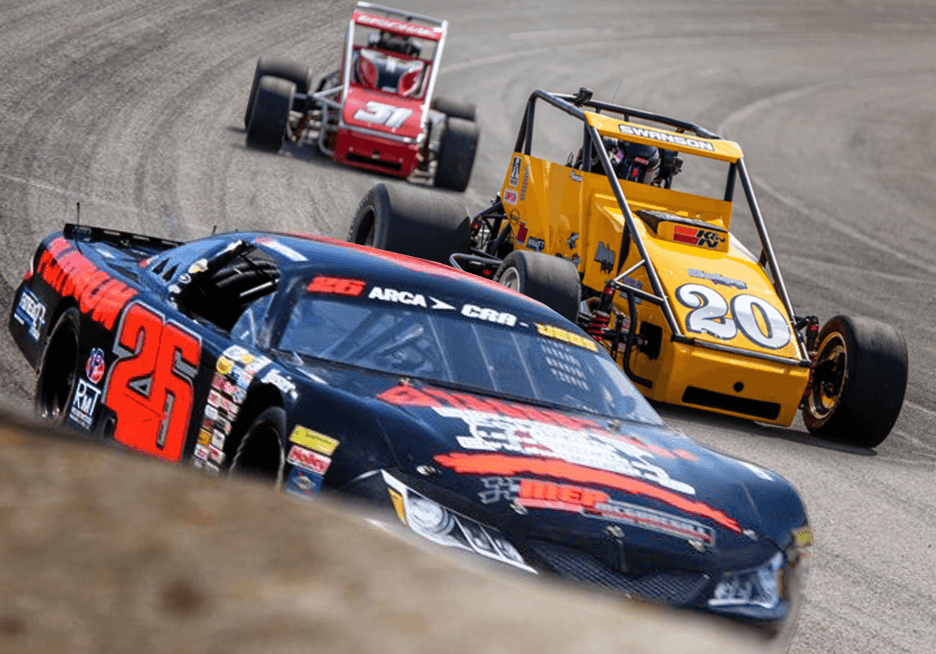 There is only one driver currently planning an unusual double-dip of racing action at Winchester Speedway during the Month of Speed in Indiana.

Indianapolis’ own Kody Swanson plans to compete in his regular open-wheel racing capacity during USAC’s return to the World’s Fastest Half Mile with the Rich Vogler Classic on Sunday, May 9.  Not only a week-and-a-half later, Swanson will climb behind the wheel of a stock car and battle the legendary Winchester racetrack in Fly Over States 150 Super Late Model race on Tuesday, May 18.

“I’m excited to pick up speed in May and I’m excited to be back at Winchester.  It’s been a while for me and I’m thrilled to be part of the first Silver Crown race to be held at the track,” Swanson said. “We’ll get the chance to run some Super Late Models there as well; it should be a good time.”

The five-time USAC Silver Crown champion is on a bit of a hot-streak.  He comes off his first career Super Late Model win on Sunday, in CRA Super Series competition at another high-banked track, Salem Speedway.  He also won during Florida Speedweeks in February in Pro Late Model competition at New Smyrna Speedway.

“I’m still very new to Late Models and I haven’t run a Super much, but now we got ourselves a win,” Swanson told us after his win at Salem.  “Team Platinum has had a lot of success in the Late Model ranks and they have a Winchester 400 victory to their credit. It would be great to get a win there too.  I’m really excited to give it my best shot.”

Most will say his best shot will be in the USAC Silver Crown Series’ inaugural visit to Winchester on May 9 with Doran Racing.

Swanson has three previous starts at Winchester in Sprint Car competition.  His best finish came in the most recent Rich Vogler Classic held at the track, when he finished fourth in USAC’s final Sprint Car race on asphalt ten years ago.

After having been away from Winchester for the last seven years, there are a few things Swanson hasn’t forgotten about the facility.

“You remember the banking and the speed, those are probably the two things that stare you in

the face every lap,” explained the native Californian.  “It definitely is a tricky place and it’s hard to get comfortable at.  I’m hoping that we can get up to speed and feel good the first little bit with a lot of racing still to go.”

After spending more than a decade with Silver Crown and completely rewriting the record book in the process, Swanson is making a change to his racing plans. He is scheduled to race only the pavement races with the series, while still competing in other open-wheel events

around the state of Indiana.

That will allow him to balance his open-wheel racing, with a budding career in the stock car wars as well.

And now he has his eyes set on a pair of wins at Winchester Speedway during the month of May.

“With USAC coming up first, that’s the first one you look at; it’s one race at a time.  We haven’t

add a new track to the series list; to get a win there would mean a lot.

“It will be the first time I'll race for Doran Racing in the Silver Crown Series,” continued Swanson.  “It’s their first-ever start and it’s the season opener (for Silver Crown) too. It would be great to come out of the gate competitive and to leave there with a win would mean a lot.”

Tickets for both events are now available for purchase online at

For more information regarding the two events, please visit the track’s website at