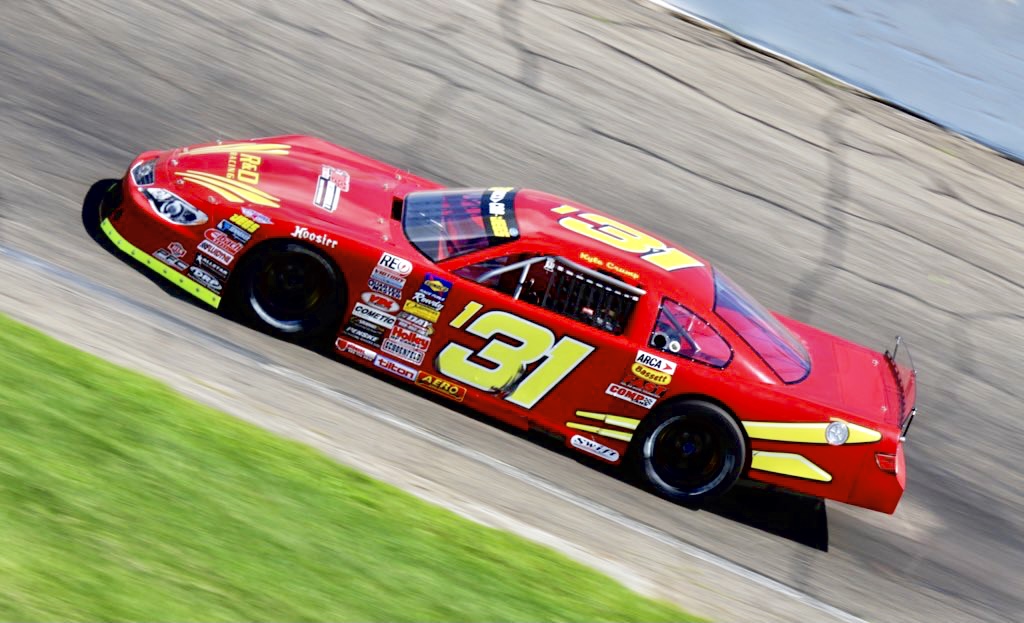 UNDERDOG COULD BE A SERIOUS CONTENDER FOR FLY OVER STATES VICTORY

In his last appearance at Winchester Speedway, Kyle Crump put together his finest run to date in a national spotlight.  He just missed pulling into victory lane at one of the crown jewel’s in Super Late Model racing, the Winchester 400.  Now Crump looks to finish one spot better on Tuesday, May 18 and be crowned the inaugural Fly Over States 150 winner.

ENTRY BLANK FOR THE FLY OVER STATES 150

The World’s Fastest Half Mile has been a track Crump fell in love with ever since his first start on the high banks back in 2011 in a Compact.  Add in the fact that the event will be hosted under the lights on a Tuesday night and you have a little extra pizazz.

“I always enjoy going to Winchester.  And this Fly Over States race is kind of a cool deal.  It’s a midweek race and we race at night,” explained Crump.  “I think the Super Late Models at night there are really fun.”

Last October’s 400 was his fourth appearance in the event with R & D Racing and his best one yet.  After failing to reach the end of the 400 laps in his first three starts, he made it the full distance and finished second to fellow VanDoorn Racing Development driver Carson Hocevar.

“It was pretty much a calm weekend overall (at the 400).  I think we missed a little bit from behind the driver’s seat,” Crump admitted.  “I think we missed the setup a little bit and didn’t have enough for Carson (Hocevar).  I’m pretty excited that I was able to have some speed at Winchester.”

Crump has a total of 16 starts at Winchester Speedway, with half of them coming with the former CRA FWD Compact Series back in 2011.  He scored two wins at the legendary high banks that year before finishing second in series points.

On the Late Model side, his runner-up in last year’s 400 is his best finish to date.  He also has a third place effort in a JEGS/CRA All-Stars Tour Pro Late Model race in October 2013.

While he has yet to win at Winchester in a Late Model, it hasn’t been due to a lack of speed.  In 2018, he led 90 of 100 laps in an ARCA/CRA Super Series race before a suspension issue knocked him out of the race.  He has also had other near misses in his time at the facility.

With 150 laps to decide who gets at least a $10,000 payday, Crump looks to get over that hump and get his first Late Model victory at Winchester.

“I feel like I’ve come so close to getting a win at Winchester and I haven’t been able to pull it off.  To finally get one would be amazing.”